Environmental Science & Technology paid a tribute in its July 5, 2016, issue to Jerry Schnoor, Allen S. Henry Chair in Engineering, professor of civil and environmental engineering, and 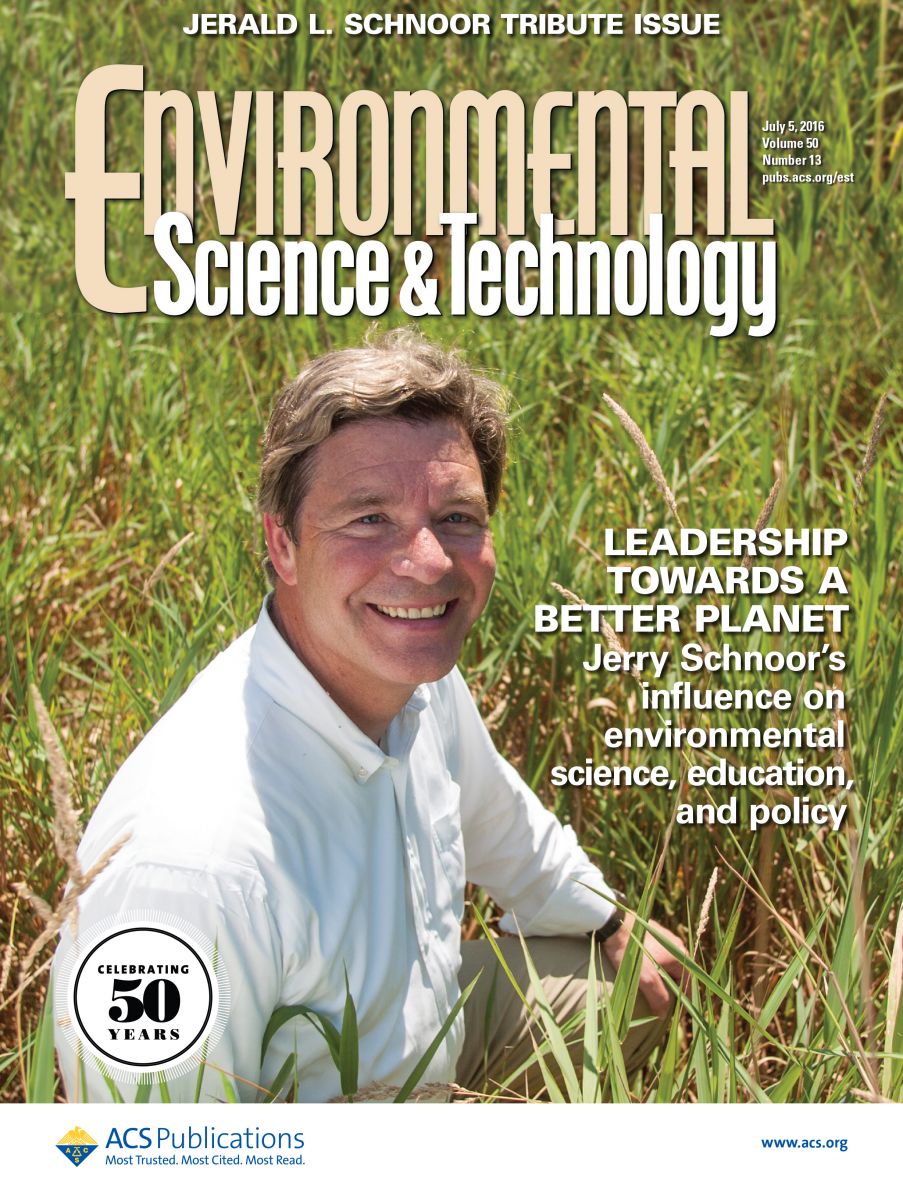 co-director of the UI Center for Global and Regional Environmental Research.

Environmental Science & Technology is a biweekly peer-reviewed scientific journal published since 1967 by the American Chemical Society. It covers research in environmental science and environmental technology, including environmental policy.

"Jerry Schnoor has offered his scientific abilities, leadership, and passion as a Professor at the University of Iowa for 40 years" the publication noted. "He also served as the Editor-in-Chief of ES&T from 2003 to 2014, during which time ES&T expanded in international reach and ES&T Letters was launched. Jerry's scientific contributions have had notable impact in areas such as global air issues, groundwater pollutant transport, and remediation, and they have raised awareness of sustainability on a national and international stage. This issue of ES&T is dedicated to honoring Jerry's impacts on our field."