Karim Abdel-Malek, professor of biomedical engineering and director of the UI Center for Computer-Aided Design, has joined the University of Iowa Office of the Provost leadership 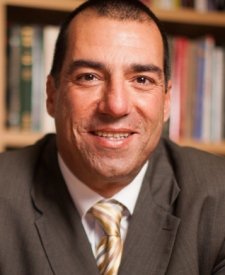 As senior associate to the executive vice president and provost, Abel-Malek will work with directors of the UI Cluster initiatives, the Office of the VP for Research and Economic Development, and other academic leaders to identify areas for collaboration and potential focus areas for future faculty hiring initiatives.  He will provide leadership for efforts related to development of large-scale proposals and projects, attainment of extramural support for those projects, and establishment of partnerships with various external organizations.  The appointment is for one year appointment with the option to renew.

An internationally recognized leader in the field of digital human modeling and simulation, Abdel-Malek founded and directs the Virtual Soldier Research (VSR) program, which produced the digital human model SANTOS, now being used by all branches of the U.S. military and by many industry partners. The VSR team has received international attention and continues to expand into applications in sports, medicine, and manufacturing.