Jerald Schnoor, Allen S. Henry Chair in Engineering, professor of civil and environmental engineering, and co-director of the UI Center for Global and Regional Environmental 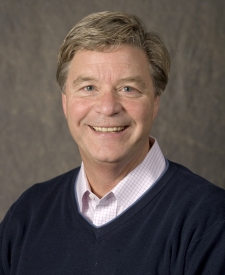 Health, is the corresponding author of an article recently published in Science magazine on safe drinking water.

Schnoor served as corresponding author for a group from Europe and the U.S.

The article focuses on the differences in water treatment philosophy in western Europe vs. the U.S.  It alludes to some of the infrastructure problems which caused the serious health issues in Flint, MI.

The expectation that tap water is safe has been sorely tested by the recent events in Flint, Michigan, where lead contamination has caused a public health emergency. Apart from contamination with heavy metals and other harmful substances, a key concern is the control of microbial contamination. To prevent microbial growth and protect consumers from pathogens from other sources, some countries, such as the United States, require the presence of residual disinfectant in drinking water. However, the presence of a disinfectant can lead to the formation of potentially carcinogenic disinfection byproducts, issues with corrosion, and complaints based on the fact that people dislike the taste of disinfectants in their water.

The experience of several European countries shows that such residual disinfectants are not necessary as long as other appropriate safeguards are in place.

Science, also widely referred to as Science Magazine, is the peer-reviewed academic journal of the American Association for the Advancement of Science (AAAS)  It is one of the top academic journals in the world.