UI's Abdel-Malek to Serve as U.S. Delegate to NATO Meeting

A University of Iowa professor will present at a NATO meeting this month his creation of the “virtual soldier,” the most advanced computer-generated military member that can mimic real-life soldiers’ needs—from the gear they carry and the vehicles they drive to their likelihood of injury.

Karim Abdel-Malek, professor of biomedical engineering and director of the Center for Computer Aided Design at the UI, created the virtual soldier under a $9 million U.S. Marines contract 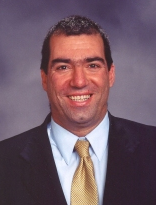 called “Lighten the Load.” The virtual soldiers are created by using motion-capture cameras to extensively catalog physical features and movements of real soldiers, from their vision to their muscles. They are, in essence, the virtual embodiment of our military members.

Due to his research, Abdel-Malek has been invited as a U.S. Delegate to the Oct. 15-17 NATO meeting in Prague, Czech Republic.

"It is a great honor to represent the United States at the NATO Future Forces 2014 Conference,” says Abdel-Malek, who’s a first-time delegate. “It is also a great opportunity for us at VSR to demonstrate our simulation capabilities to the world."

Among three presentations Abdel-Malek will deliver is one titled “GruntSim: A U.S. Marines Expeditionary Rifle Squad Simulator” to be given during the Open NATO Future Soldier Workshop. The so-called GruntSim simulation system is a software system based on Santos, a virtual human developed by the Virtual Soldier Research (VSR) program.

GruntSim resulted from a five-year, $8.6 million project awarded to VSR by the U.S. Navy and called Enhanced Technologies for Optimization of Warfighter Load (ETOWL). The purpose of the recently completed GruntSim project is to create simulation tools for the study of load carriage by military personnel. 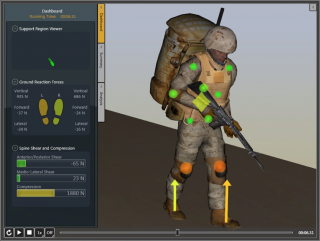 For example, military commanders using GruntSim can conduct trade-off analyses of load carriage in terms of agility, survivability, human performance, and physiological assessments by programming Santos with specific height and weight data for each person, loading Santos with gear selected from a menu of some 160 items, and having Santos perform various warfighting scenarios. Depending upon the stress experienced for each task, Santos’ spine, knees, ankles, and other joints will flash either green for low stress, yellow for moderate stress, or red for high stress.

Abdel-Malek is internationally recognized in the areas of robotics and human simulation. As director of the Center for Computer Aided Design, a world-renowned research center with seven units and about 150 researchers, Abdel-Malek leads projects with all services of the U.S. military (Army, Navy, Air Force, and Marines), and several industry partners including Ford, GM, Chrysler, Rockwell Collins, Caterpillar, and others. He received his master’s degree and doctorate in robotics from the University of Pennsylvania and his bachelor’s degree in mechanical engineering from the University of Jordan. He has published over 110 journal publications and is on the boards of three private companies.

NATO FUTURE FORCES 2014 together with the Ministry of Defense of the Czech Republic will host the Prague conference concurrently with the exhibition.

For more on VSR, visit the Virtual Soldier Research website