Milan Sonka, professor of electrical and computer engineering, associate dean for graduate programs and research, and director of the Iowa Institute for Biomedical Imaging, has been 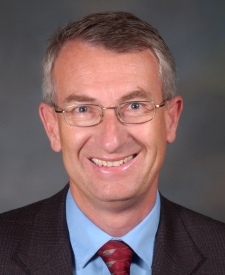 The appointment recognizes Sonka’s impressive record as an internationally recognized researcher, leader of interdisciplinary research collaborations in biomedical imaging and image analysis across the University of Iowa and around the world, and builder of the Iowa biomedical imaging faculty group to its stature as the largest in any College of Engineering in the country. Throughout the two and a half decades of his academic career at the University of Iowa, he has significantly contributed to raising the worldwide visibility of interdisciplinary electrical and computer engineering, and biomedical imaging and biomedical engineering, programs at Iowa.