Dr. Sastry S. Munukutla (PhD 1981 mechanical engineering) was inducted into the college's Distinguished Engineering Alumni Academy.  The Academy recognizes University of Iowa engineering alumni for their personal contribution toward engineering achievement, leadership, and service to the profession and to society. Munukutla also delivered the "charge" to the graduates during the ceremony.

Professor Emeritus Virendra C. Patel was inducted into the Legacy of Iowa Engineering, which honors faculty, staff, alumni, and friends of the College of Engineering who made exceptional historical contributions toward advancing the College in teaching, research, or service during their engagement with the College.

As an educator, researcher, and engineer, Munukutla’s service to the theory and practice of engineering has been extraordinary 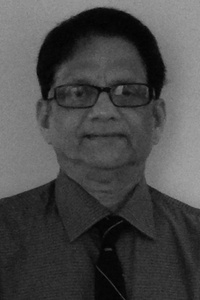 .  His work to develop innovative methods to improve power plant performance for the energy industry has made energy production more efficient and dependable.  After earning his PhD degree in mechanical engineering from the University of Iowa in 1981, Dr. Munukutla served on the faculty of the Department of Mechanical Engineering at Tennessee Tech University from 1986 until his retirement in 2012.  He also served as director of the university’s Center for Energy Systems Research. At Tennessee Tech, his students chose him for the Outstanding Faculty Award for Teaching, an endorsement of his caring, dedicated work in the classroom. 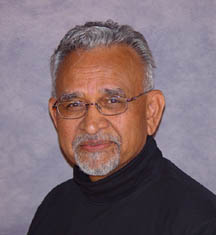 Patel has served as a mentor and quintessential academic leader of the University of Iowa College of Engineering whose legacy to the institution is inspirational and unmatched.  Educated at London University and Cambridge University, he arrived at the University of Iowa in 1971 and established himself as an international figure of fluid mechanics. He co-authored four books, more than 200 papers, and supervised completion of 32 doctoral students.  Most remarkably, he has remained in touch with almost all of them as they forged their careers worldwide. At IIHR—Hydroscience & Engineering and the Center for Computer-Aided Design, his sagacious and calm leadership as director invigorated research teams to earn their rightful place as global vectors in hydraulics and in computer simulation.