Part of the Board of Regents’ $649 million request in state appropriations for the 2016 budget year includes “special purpose” funds for things like a new University of Iowa institute focused on driverless vehicles and Iowa State University’s “agriculture experiment station.”

UI officials are asking for $1 million in 2016 — as part of a $3 million total request over three years — to establish a non-profit institute focused on “autonomous intelligent machines and systems,” according to the regents’ appropriations request, which is scheduled for discussion later this week.

Iowa, according to the documents, is poised to become a leader in the field “if it leverages three of its unique assets to develop driverless vehicles and unmanned aircraft systems for precision farming.” Those assets include Iowa-based companies like John Deere, 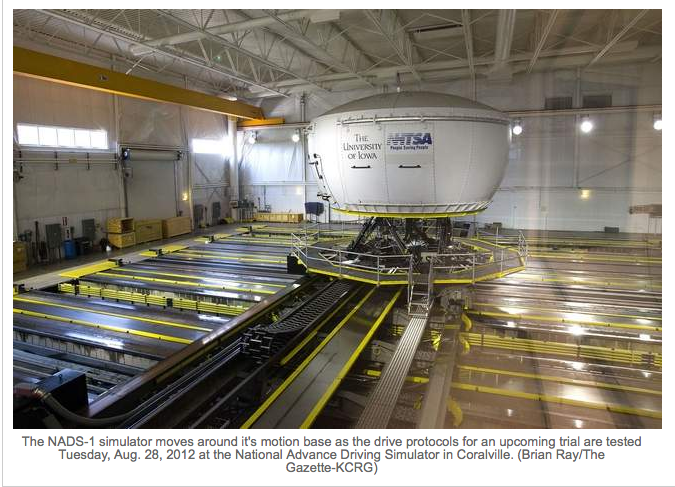 “By 2026, analysts predict autonomous vehicles will be mainstream on U.S. highways, with 100 percent market penetration over the following two decades,” according to the board’s funding request. “Having only passengers and cargo in cars and trucks will reduce the traffic and pollution, increase safety and conserve energy, and bring independent mobility to the elderly and the physically challenged, while also increasing human productivity.”

And driverless cars and freight transport are just the beginning, according to the request. Autonomous intelligent machines will grow in popularity in agriculture and aerospace, and officials said UI “is well suited to put Iowa in the lead of this coming technological revolution.”

If approved, the $3 million over three years will be used to develop long-term public-private partnerships with companies like John Deere, Rockwell Collins, Google, and the Iowa Economic Development Authority. The UI will establish the autonomous intelligent machines and systems institute as a separate, non-profit entity with a hybrid governing board made up of industry and university officials.

Funding will come from federal grants, and it will become sustainable through reinvested royalties from commercialized or licensed products, according to the documents. The institute will be located at the UI Research park, near the National Advanced Driving Simulator, in Coralville.

Among Iowa State’s “special purpose” funding requests is one asking for $515,000 for its agricultural experiment station. Additional funding this year will allow ISU to focus on two key research areas, including livestock odor management and animal care and well-being.

“Because animal care continues to be increasingly meaningful to consumers, research will examine animal well-being throughout each step of the production chain,” according to regent documents.