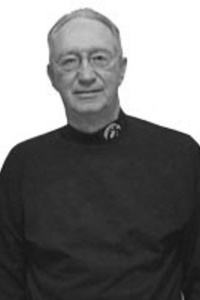 Thomas J. Marriott Jr., a safety and manufacturing/plant operations expert in Pennsylvania, has used his long track record of professional success to help University of Iowa students eager to follow in his footsteps.

The global consultant and president of Hawkeye Consulting Services—which assists manufacturing companies in the chemical, energy, and refining
industries—regularly returns to his alma mater to share his expertise, advice, and insight. Though Marriott graduated from the UI Department of Chemical and Biochemical Engineering in 1968 and has traveled the world, neither time nor distance has dimmed his devotion to the university.

After completing his UI degree, Marriott spent nearly four decades in a variety of roles for Rohm and Haas Co. and Air Products and Chemicals, Inc., that focused primarily on chemicals and industrial gases production. During these years, he also graduated from the Advanced Executive Program at Northwestern University and traveled to many countries in Asia, the South Pacific, Central and South America, and North and South Africa.

Marriott reconnected with the UI College of Engineering in 2008 when he joined the Department of Chemical and Biochemical Engineering (CBE) advisory board, and this involvement sparked an idea that has changed many Iowa engineering students' lives.

Based on his experiences with the Chemical and Biochemical Engineering board, Marriott decided that students needed more advice from professional engineers through a mentoring program.

The four-year-old program, which matches professional engineering mentors starting sophomore year with students from the chemical and biochemical engineering department, began with 24 volunteer advisors whom Marriott helped recruit. Since then, it has continued to evolve and grow, with at present approximately 50 mentors and 100 chemical engineering students involved as mentees in the program. Without doubt, the CBE mentoring program has become a model for other UI engineering areas and possibly for other university engineering colleges.

Marriott also has found other ways to help encourage students' future success. During a departmental regional meeting, he was a safety evaluator for the student cars competing in the ChemE Car Competition and a judge for the Student Research Presentation Competition. He also serves on a yearly panel that assesses chemical engineering students' capstone design projects.

In addition, Marriott and his wife established the Tom and Cam Marriott Chemical and Biochemical Engineering Scholarship in 2013.

Thanks to his inspired thinking and tireless volunteerism, Thomas J. Marriott Jr. has paved the way for new generations of UI College of Engineering graduates to make their own indelible marks.

Marriott is a member of the UI Alumni Association's Old Capitol Club and the UI Foundation's Presidents Club, and received the University of Iowa Alumni Association Distinguished Alumni Award for Service in 2016.