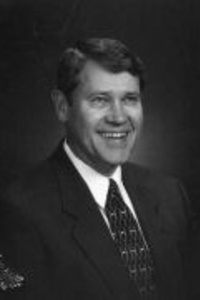 Richard H. Stanley was a professional engineer, businessman, and world citizen. He was retired Chair Emeritus of The Stanley Group of companies which provide engineering, environmental, and construction services, worldwide. He was Chair of The Stanley Foundation, a private operating foundation conducting policy and educational programs that foster a secure peace with freedom and justice. He was retired Vice Chair of the Board of HNI Corporation, a Fortune 1000 manufacturer and marketer of office furniture and hearth products, and has served as a director of several non-profit and for-profit corporations.

In 2009, Stanley received the national Tau Beta Pi Distinguished Alumnus Award and the National Society of Professional Engineers most prestigious award for having made outstanding contributions to the engineering professon, the public welfare, or humankind. Previous recipients include former U.S. President Herbert Hoover.