BS 1947 in Civil Engineering, MS 1953 in Mechanics and Hydraulics 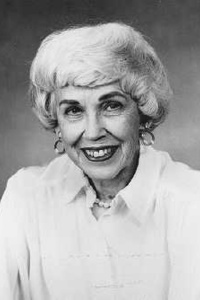 Margaret S. Petersen became one of the nation's leading hydraulic engineers at at time when it was not common for women to practice engineering.  She remained professionally involved in her field and in the American Society of Civil Engineers (ASCE) throughout her 55-year career. That career began in 1942 when she joined the US Army Corps of Engineers (COE) in Rock Island. She then returned to the University of Iowa, receiving a bachelor's degree in civil engineering in 1947 and a master's degree in Mechanics and Hydraulics in 1953. She remained with the College of Engineering for nearly four decades, during which time she dealt with design of hydraulic structures, channel hydraulics, water resource planning, and related subjects. She held increasingly responsible posts and worked on some of the nation's largest water projects, including Mississippi River flood control and navigation efforts, Missouri River storage reservoirs, and the Arkansas River navigation project.

In 1980, Prof. Petersen became an engineering professor at the University of Arizona. There she developed new graduate coursework in hydraulic engineering, wrote the well-known textbook River Engineering (1986), and became an invited lecturer and consultant in several foreign countries. She became emeritus professor in 1991, but did not fully retire from teaching until 1997. Until her death in 2013, she was known as an influential mentor and supportive sounding board who was tremendously loyal to her students and also brought a practical, applied side to water engineering. She endowed two scholarships at the University of Iowa for female engineering undergraduates.