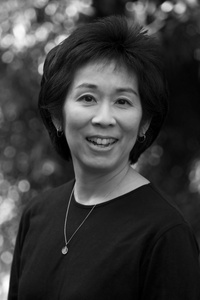 Pearl Cheng is a School Board trustee with the Foothill-DeAnza Community College District serving over 44,000 students in the Bay Area. She isalso an Education Program Manager with United Way. Pearl served eight years on the Board of Trustees for the Cupertino Union School District from 2000-2008. After earning a B.S. degree in biomedical engineering from The University of Iowa in 1981, and a M.S. degree from Stanford University in 1982, Cheng joined the NASA-Ames Research Center where she developed life science experiments that were used in various space missions. Her projects have been carried on the Galileo Probe to Jupiter, the Mars Pathfinder, and the Lunar Prospector. In addition to her scientific contributions, she chaired advisory boards and received a number of group achievement and mentoring awards, and was selected for the NASA Honor Award for Equal Employment Opportunity for her leadership and proactive efforts in advancing equal employment opportunity. She also served as associate director of the Information Sciences Directorate just prior to leaving NASA. Cheng is active in the community, serving on many boards and advisory councils including the American Red Cross, the Santa Clara County School Boards Association, the Multicultural Leadership Council, and United Way. She is also founder of Hapas of the South Bay, a group that supports multi-racial families. She has made significant contributions to the College of Engineering, mentoring students and speaking to the Society for Women Engineers and the Women in Science and Engineering groups. She also presented the commencement address to the class of 2002. Cheng received the 2005 Hancher-Finkbine Alumni Medallion in recognition of her leadership, learning, and loyalty to the University.