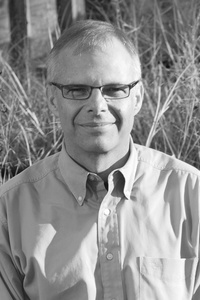 Dr. Mark R. Wiesner is a recognized leader in the national and international civil and environmental engineering community.

Wiesner earned a B.A. degree in 1978 from Coe College, Cedar Rapids, IA; an M.S. degree in civil and environmental engineering in 1980 from the University of Iowa; and a Ph.D. in 1985 from Johns Hopkins University.

Wiesner came to Duke in 2006 from Rice University and helped found the Center for the Environmental Impacts of Nanotechnology (CEINT) in 2008, which he now directs. CEINT brings together institutions and researchers from around the world to explore the relationship between a vast array of nanomaterials— from natural, to manufactured, to those produced incidentally by human activities— and their potential environmental exposure, biological effects and ecological impacts.

Wiesner’s research focuses on membrane processes, nanostructured materials, transport and fate of nanomaterials in the environment, colloidal and interfacial processes, and environmental systems analysis. In 2010, he helped demonstrate that nanomaterials accumulate in living organisms and can become more concentrated the further up the food chain they go, revealing the potential impacts nanotechnology could have on the environment.

He leads a broad and vigorous international team in the race to explore new nanomaterials. Rather than waiting until environmental impacts have been observed over years, he is guiding an approach of anticipating negative impacts before they happen.

His research leadership has earned him accolades that include the 2011 NWRI Athalie Richardson Irvine Clarke Prize for excellence in water research and the 2004 Association of Environmental Engineering and Science Professors (AEESP) Frontiers in Research Award. He co-edited/authored the book “Environmental Nanotechnologies” and serves as Associate Editor of the journals Nanotoxicology and Environmental Engineering Science and Co-editor of the journal Desalination. In 2004, Dr. Wiesner was named a “de Fermat Laureate” by the French Polytechnic Institute and French National Institute for Applied Sciences. He is a Fellow of the American Society of Civil Engineers and a Fellow of the American Association for the Advancement of Science.