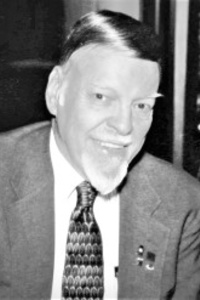 Howard Walrath graduated from The University of Iowa with a BS degree in electrical engineering in 1959. He briefly served as an instructor at the UI before beginning a long and distinguished career at Collins Radio, Cedar Rapids, IA. There, he worked in product line management for aviation equipment, an area that reflected his passion for flying. He quickly ascended to management in various departments before being appointed director of operations for communications and data systems in 1964. When Collins Radio merged with Rockwell International in 1972, Walrath became vice president and general manager of the C-System Division in Dallas, TX. Hovering near bankruptcy, the division became a productive unit within seven months under Walrath’s leadership. Walrath also led a team who invented the Automatic Call Distributor (ACD) – a development that ultimately revolutionized the call center industry worldwide. For this achievement, he received the Top Ten Telepro Award. Walrath was appointed president of the Electronic Devices Division in 1977. Under his guidance, the division consolidated the semiconductor, hybrid microcircuit and circuit board units serving both domestic and international markets – doubling the sales and restoring profitability. Walrath retired from Rockwell in 1985 to continue his passion for building kit airplanes, flying, and establishing airparks, including the Hidden Valley Airpark near Shady Shores, TX, until his death in 2018. Walrath was a Life Member of the Institute of Electrical and Electronics Engineers and a member of the Experimental Aircraft Association.