PhD 1954 in Mechanics and Hydraulics 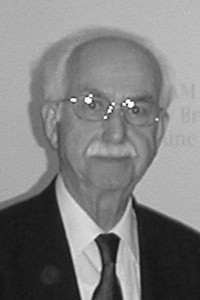 Dr. Sarpkaya is Distinguished Professor at the U.S. Naval Postgraduate School, Monterey, CA. He is an internationally recognized authority in fluid mechanics research and named by Cambridge University as one of the world’s One Thousand Greatest Scientists. Dr. Sarpkaya is recipient of the Turning Goals into Reality Award by the National Aeronautics and Space Administration and he was selected Freeman Scholar by the American Society of Mechanical Engineers.

His classified and unclassified research over the past 50 years has covered the spectrum of hydrodynamics. His oscillating flow tunnel and the vortex-breakdown apparatus are two among several unique research facilities designed by him. He has published more than 200 papers and a book, and directed 26 doctoral students. He has lectured in many countries and has served to the Defense Advanced Research Projects Agency (DARPA) and the CIA on numerous classified projects dealing with the hydrodynamics and hydroacoustics of submarines of all classes.

Dr. Sarpkaya served as associate editor of numerous journals, member and later chairman of the Executive Committee of the Fluids Engineering Division of the American Society of Mechanical Engineers (ASME), chairman of the Heat Transfer and Fluid Mechanics Institute, and member of various government review panels. He is a Fellow of the Royal Society of Naval Architects and Marine Engineers, Fellow of ASME, and Associate Fellow of the American Institute of Aeronautics and Astronautics. He holds a patent for a “convexwalled, cusped, vented, bistable, flueric amplifier having critical geometry and dimensional ratios to yield a nearly ideal pressure recovery response characteristics.”