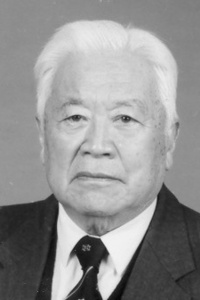 Prof. Wang Qidong graduated from the Department of Mechanical Engineer of Zhejiang University and started to work for Zhejiang University as an assistant in 1943. He received his Master's degree from Stanford University in 1948 and his doctorate degree from The University of Iowa in 1951. He came back to China in the same year and started his teaching and research career in Zhejiang University. Under his leadership, the Specialization on Metal Castings Technology, the Department of Metallurgy, and the first Department of Materials Science and Engineering in China were established at Zhejiang University. He has dedicated all of his time to the teaching and research on materials science and engineering, such as the intensification of cupola process (1958-1965), the cast high speed steel and the technology of casting complicated high speed steel tools with lost wax casting technology (1972-1976), the R & D on hydrogen storage alloys and their applications (1978-present), and the use of hydrogen for the conservation of fossil fuels and reduction of harmful emissions (1998-present).

He has won one National Invention Award, 6 Provincial Invention Award and 18 patents. He has published over 400 papers among which over 260 papers were enlisted in SCI and EI. For his distinguished contributions, he has been awarded many celebrated awards such as the Zhu Kezhen First Class Award for Distinguished Teaching, and the Award for Supervisors of Doctorate Students with 100 Best Thesis.