PhD 1964 in Mechanics and Hydraulics 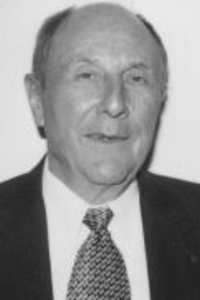 Dr. John J. Cassidy (PhD 1964 in Mechanics and Hydraulics) has spent more than 48 years in management direction, supervision, and participation in hydraulic and hydrologic engineering and design studies for dams and hydroelectric projects, and water-resource development projects. He currently is an independent consultant specializing in hydraulic and hydrologic engineering. Dr. Cassidy was a member of the consulting board for the La Miel Roller-Compacted-Concrete Dam in Colombia, the Yacryeta hydroelectric project on the Parana River in Argentina, the proposed Maheshwar Dam on the Narmada River in India, and the Olivenhain RCC Dam near San Diego, Calif. He presently consults on the San Rocque Dam in the Phillipines.

Dr. Cassidy was on the faculty at the University of Missouri from 1963-1974 and served as chair of the Civil Engineering Department there. He then moved to Bechtel Corporation as Assistant Chief Hydraulic Engineer and Director of the State of Washington Water Research Center. At the same time, he was Professor of Civil Engineering at Washington State University. During the late 1970s and early 1980s, Dr. Cassidy was Chief Hydrologic Engineer at Bechtel, managing a team of 35 hydrologic and hydraulic engineers working on projects in the U.S., Algeria, Indonesia, and Bolivia. He then was named Manager of Bechtel’s Hydraulics/Hydrology Group in 1985 and subsequently became Manager of Geotechnical and Hydraulic Engineering Services in 1994.