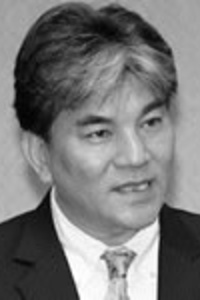 Hong-Yuan Lee is Professor of Hydraulic Engineering in the Department of Civil Engineering at National Taiwan University.  He is former Minister of the Interior of Taiwan, Republic of China, serving from 2012 until 2014.  He also is the former Taiwan Minister of the Public Construction Commission and Deputy Magistrate of Taipei County, Taiwan. In addition, he is Visiting Professor of UNESCO-IHE, Nanjing Hydraulic Research Institute, and Hohai University. He served as Commissioner of the Water Resources Department of the Taiwan Provincial Government from 1997-1999.

Recipient of two degrees from the University of Iowa (MS 1982, PhD 1984 in Civil and Environmental Engineering), Dr. Lee has been engaged in advising and project implementation and consultancy in the fields of water engineering for many organizations globally. In the past 22 years, he has devoted himself to the promotion of sustainable development. Dr. Lee has gained international experience of case exploration and management in the area of water, environment, and urban infrastructure constitution. In 1996, the year in which Taiwan was hit by the typhoon Herb, Dr. Lee published his viewpoint against the inappropriate hydraulic policy of Taiwan. His incisive analysis won the appreciation of Song Chuyu, then Governor of Taiwan Province. Dr. Lee later was appointed to be the first Commissioner of the Water Resources Department of Taiwan Province.

Water – far too much supply in very short duration and resulting flooding – is a major problem for Taiwan, and particularly Taipei area. As a government officer, Dr. Lee played a leading role in water resources planning and development in Taiwan as advisor to and manager of important government agencies. As a major policy maker, he realized that sustainable development must be the only method to solve the problems caused by over-exploration and climate change while the traditional measures based on engineering can do little.

Dr. Lee has written many articles about sustainable development policy in both domestic and international news media. He has closely communicated with top international organizations and has accelerated the cooperation of China and international societies, including Europe.