PhD 1971 in Mechanics and Hydraulics 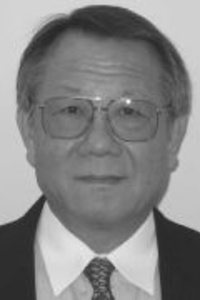 Dr. Edmund Y. S. Chao (PhD 1971 in Mechanics and Hydraulics) is the Riley Chair in Orthopedic Surgery with joint appointment as Professor in Biomedical Engineering and Mechanical Engineering at the Johns Hopkins University in Baltimore. Before that, he established the Biomechanics Research Program at the Mayo Clinic and Mayo Medical School and worked there for 20 years while holding the Brooks-Hollern Chair for his distinguished service.

He has made significant contributions in the basic understanding of musculoskeletal joint mechanics, bone fracture fixation and repair, and artificial joint replacement in the hip, knee and shoulder. He enjoys working with students at different level and post-doctoral fellows with either engineering or medical training. He interacted extensively with the medical device industry and had a long and dedicated service history to the NIH and FDA.

He received many prestigious awards for his research and was endowed an Honorary Doctor’s Degree from the University of Rennes, France, in 1989 for his work in assisting surgeons to save patients’ limb and restore their function after musculoskeletal tumor resection. In 1998, he was inducted into the National Academy of Engineering.

Dr. Chao earned his BS at the National Taiwan University in 1960, MS from Virginia Polytechnic Institute in 1964 and worked as a senior research engineer at the John Deere Technology Center in Moline, Illinois before joining The University of Iowa in 1968 and earning his PhD in 1971. He is a Fellow of the American Society of Mechanical Engineers and the American Institute for Medical and Biological Engineering.