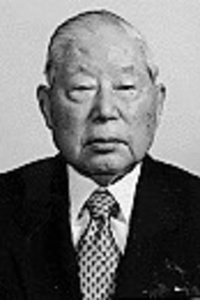 Chen-Hsing Yen (MS 1938, PhD in Mechanics and Hydraulics) is Senior Advisor to the President, Taipei, Taiwan, Republic of China. After completing his Iowa education, he returned to China to teach at a national university and lead construction work on the Burma Road. At the end of World War II, he was placed in charge of closing the Yellow River Gap. After moving with his government to Taiwan in 1949, he was appointed Chief Engineer of the Kaoshiung Harbor Bureau.

In 1957, he resumed his career in education, which included serving as president of National Chen King University, National Tsing Hua University, and National Taiwan University. During his 24-year tenure was Taiwan's Education Minister, he extended the country's period of compulsory education from six to nine years and establishing professional junior college.

In 1982, his peers elected him to the Academia Sinica in recognition of his engineering research. In 1984, he was awarded the UI Distinguished Alumni Award for Achievement.