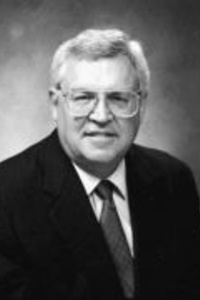 In 1996, he retired from Harris Corporation, Melbourne, FL, after 23 years of service. His last position at Harris Corporation was President of Electronic Systems Sector, an organization of 7,000 people and annual revenue of $1 billion. In this capacity, he had executive responsibility for Harris systems participation in defense, energy management, air traffic control, weather processing, criminal justice, satellite and terrestrial communications, and aerospace markets. At Harris, he also served as Division Vice President-General Manager as well as holding management roles in engineering, marketing, and program management organizations.

Throughout the 1960's and 1970's, he made substantial contributions to mechanical systems development and systems engineering at Collins Radio Company and at Harris Corporation. An early leader in sophisticated computer simulations, Dr. Henry was able to prove feasibility and make crucial design contributions to state-of-the-art systems and materials development, using comprehensive system analysis and modeling techniques.

Civic leadership also has been a key element of his career. He was a member of The University of Iowa Engineering Building Campaign Steering Committee. In addition, he is a major contributor and fundraiser for the Women's Center Capital Campaign in Melbourne, FL. The Women's Center aids more than 10,000 women and children annually in coping with life's problems. He also has served on the Board of Directors of the Holmes Regional Medical Center since 1994. He was Chairman of the Board from 1999 through 2002. In 2003, he was elected Chairman of the Board of Trustees of the Florida Institute of Technology.