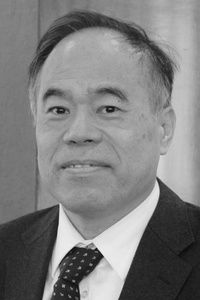 Professor Cheng-Kung Cheng has devoted his career to research in biomedical engineering, orthopaedic biomechanics, orthopaedic device design, and rehabilitation science / technology. His goal has been to merge engineering techniques with clinical practice to undertake research of direct significance to the medical field.

Professor Cheng was first appointed as the Associate Research Professor at the Department of Medical Engineering of National Taiwan University Hospital when he returned to Taiwan in 1988. In 1995, Professor Cheng established the Orthopaedic Biomechanics Laboratory at National Yang-Ming University. The purpose of the laboratory was to educating and training orthopaedic biomechanics expertise, and to improve the quality of research and development in Taiwan.

Major academic contributions and research undertakings of Professor Cheng while at National Yang Ming University are many. They include the impact of aging on joints and bones, enhancement of total knee and hip prosthesis design, development of treatments for intervertebral disc disease, and laboratorial accreditation and product certification.

With outstanding academic achievements and abundant research experience, Professor Cheng has been honored with Research Awards (1988-2000) and Outstanding Research Awards in Biomedical Engineering (2000, 2003) by National Science Council in Taiwan, as well as being bestowed with the Honorary Distinguished Award at the 13th International Conference on Biomedical Engineering, Singapore (2008). In 2009, National Yang-Ming University conferred him the qualification of Distinguished Professor and later Distinguished Chair Professor since 2014. In June of the same year, President Ma bestowed upon him the Distinguished Engineering Professor Award (Chinese Institution of Engineers). Due to his contributions in joint prosthesis research, which enhanced the progression of domestic industries and helped gain worldwide recognition, the great honor of Distinguished Sci-Tech Contribution Award by Executive Yuan was granted in 2010.