MS 1975 in Mechanics and Hydraulics 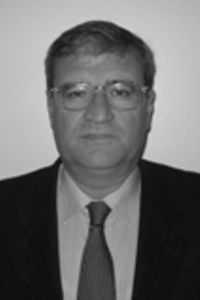 Ahmet Selcuk Uzuner is an engineer and entrepreneurial business leader respected throughout the Middle East and internationally. He is co-founder (along with his brother, Secil, another member of the College’s Distinguished Engineering Alumni Academy) and vice president of UZKA, a leading Turkey contracting firm, and president of UZPA, an international trading company in Turkey and the Middle East. He also is founder and finance manager of BETRA, partnering with an Austrian company to produce concrete railroad sleepers and other pre-cast concrete products, including interlocking barriers.

His most recent initiative, RAYMAK, is renovating the tracks and metro systems of Turkey’s railroads. The railroads in Turkey have been neglected for many years and the government of Turkey recently decided to invest in upgrades. RAYMAK was established by Mr. Uzuner to undertake the railroad renovation, principally their track-laying and metro systems. Previously, Mr. Uzuner held several positions at ENKA, Inc., the largest international engineering company in Turkey. There he led efforts to build an entire city in the Saudi desert, and help lead construction of the 600 MW Hamitabat Combined Cycle Gas Power Plant in Turkey, completed in only nine months. Mr. Uzuner also served the Greater Municipality of Istanbul to help manage construction of the Istanbul Rapid Tramway System.

Mr. Uzuner received a master’s degree in mechanics and hydraulics in 1975 from The University of Iowa. His thesis research involved analysis of power plant cooling systems to provide design engineers with tools to make the most economical choices for system installation. While studying at IIHR—Hydroscience & Engineering (formerly the Iowa Institute of Hydraulic Research), he was involved in retrofitting power plant cooling system research that was critical to the Environmental Protection Agency.