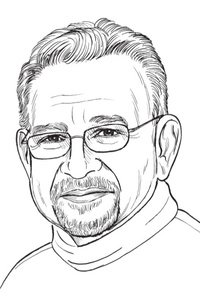 V. C. Patel served as a charismatic mentor and quintessential academic leader of the College of Engineering, whose legacy to the institution is inspirational and unmatched. Educated at London University and Cambridge University, he established himself at the University of Iowa as an international figure of fluid mechanics. At IIHR—Hydroscience & Engineering and the Center for Computer-Aided Design, his sagacious and calm leadership as director invigorated research teams to earn their rightful place as global experts in hydraulics and in computer simulation.  In so many ways, he is regarded as the consummate academic diplomat for the university to the world.