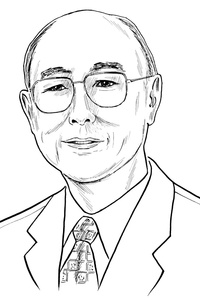 The early 1970s was a defining period for the College of Engineering with a major challenge, people, and resources aligned at the same time.  That is when then mechanics and hydraulics engineering professor Kwan Rim created a remarkable interdisciplinary vision with a University of Iowa orthopaedic surgeon on the biomechanics of hands and feet to rehabilitate injured patients.  That moment evolved into the formation of one of the earliest biomedical engineering programs in a public institution in the U.S. in 1974.  Through Dr. Rim’s breakthrough leadership, the program has become one of the nation’s most prestigious and largest, and today continues to be an inspiring catalyst to join all engineering disciplines with human health and saving lives.