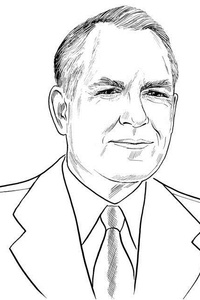 In 1933, television was in its infancy.  But Edwin Kurtz quickly recognized the power of the medium and the benefits it had for educational advancement.  Through the dedicated efforts of Kurtz and his research team, W9XK became the first educational unit to transmit simultaneous sight and sound on March 3, 1933.  It was the first visual station licensed west of the Mississippi River as well as the first to be equipped by a liberal arts university.  Consequently, Kurtz became a pioneering national figure in educational television, building upon his already prominent reputation as author of “The Lineman’s and Cableman’s Handbook,” a definitive document for workers in the construction and maintenance of power lines.