MS 1956 in Mechanics and Hydraulics 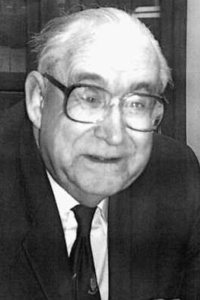 As well as having a distinguished career as an academic, Dooge led a very active political life. He was a member of Dublin City Council. From 1961 to 1977, Dooge was a senator, working during the late 1970s in reorganizing the Fine Gael party. In 1981 he was appointed as Minister for Foreign Affairs. He had a primary role in the intergovernmental building of a report into improving co-operation of the European Economic Council in 1984. This work (The Dooge Report) along with his time as Foreign Affairs Minister is credited as helping form the basis of the Single European Act.

Dooge received awards for his work in the field of engineering and international affairs. In 1986 he was awarded with the William Bowie Medal from by the American Geophysical Union for "outstanding contribution to fundamental geophysics and for unselfish cooperation in research." In 2000, he was made an International Fellow at the Royal Academy of Engineering as an "outstanding" figure in the science of hydrology. He has also been awarded the Prince Philip Medal by the Duke of Edinburgh. In 2005, the Royal Irish Academy awarded him their gold medal, presented by President Mary McAleese. He was hailed as one of the founding fathers of modern hydrology. The World Meteorological Organization awarded him their highest prize in 2001, the IMO Prize.