BS 1993 in Civil Engineering (with Honors) 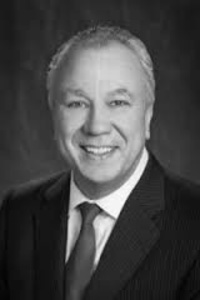 Scott C. Hagen was a leader among scientists and engineers studying rising sea levels and their impacts, along with modeling tidal flow and coastal flooding from extreme weather events.  As holder of the John P. Laborde Endowed Chair for Louisiana Sea Grant Research and Technology Transfer at Louisiana State University (LSU), his primary research focus was on massively parallel, high performance computational modeling of ocean, coastal and inland shallow water flows. He was also the director of the Louisiana Board of Regents chartered LSU Center for Coastal Resiliency.  His efforts also expanded into transport and ecological modeling, particularly with respect to the coastal dynamics of sea level rise.  Dr. Hagen's research has led to a shift in the paradigm of ‎how climate change in general and sea level rise in particular are assessed at the coastal land margin. Dr. Hagen, his colleagues and their students conducted transdisciplinary research that helped government agencies issue more accurate emergency advisories during storms and understand complicated coastal hydrodynamics and related biological behaviors from historical, present-day, and future perspectives.

Dr. Hagen came to LSU from the University of Central Florida (UCF), where he was a professor in the Department of Civil, Environmental & Construction Engineering for more than 17 years. He also served as director of the UCF Coastal Hydroscience Analysis, Modeling and Predictive Simulations Laboratory (CHAMPS Lab).  He worked on more precise models of tides, inflows, winds and other influences on the St. Johns River, Indian River Lagoon system, and other estuaries along coastal Florida. Dr. Hagen also led a research team to develop a hurricane storm tide models for the coastal flood plains of Alabama and Florida for use in FEMA flood mapping studies. He was a key contributor to a National Oceanographic Partnership Program to develop a real-time forecasting system for winds, waves and storm surge.

Dr. Hagen received his Ph.D. in civil engineering from the University of Notre Dame after earning his BS degree at Iowa. He was a licensed professional engineer (P.E.) in the state of Florida, a diplomate of coastal engineering (D.CE), a diplomate of water resources engineering (D.WRE), and a fellow of the American Society of Civil Engineers (ASCE). Dr. Hagen was a member of the Board of Governors for ASCE’s Coasts, Oceans, Ports and Rivers Institute and served as Chair of the Coastal & Estuarine Hydroscience Committee. In 2012, he chaired and hosted the 10th International Conference on Hydroscience & Engineering, where he was awarded the Outstanding Achievement Award for Advancement of the State-of-the-Art in Hydroscience & Engineering. He also served on the predictive modeling technical advisory group for the 2017 Louisiana Coastal Master Plan, the technical working group for the RESTORE Act Louisiana Center of Excellence, and was an advisory board member for the University of Iowa, IIHR – Hydroscience and Engineering.