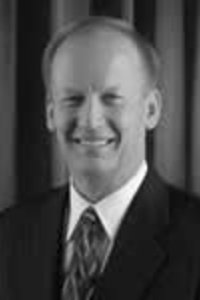 A native of Williams, IA, Dean Oskvig became President and CEO of Black & Veatch Energy in 2006, where he oversees the company’s energy business on a global basis. Oskvig earned his Civil Engineering degree from the University of Iowa in 1972, and later received his MBA from the University of Utah. Like many civil engineers, Oskvig did not limit himself to the core components of civil engineering. After graduating from the UI, he served in the U.S. Air Force. Joining Black & Veatch in 1975, he has served as project manager and partner-in-charge on a variety of global energy and telecommunications projects with increasing leadership responsibilities in a variety of management roles, including Chief Operating Officer of B&V Energy. He led the design and construction of a 500,000 kilovolt electrical transmission system in Malaysia. Over a decade, nine high-voltage substations and 510 kilometers of transmission lines were constructed over a varied and undeveloped terrain. Oskvig was nominated to his first term on the Black & Veatch Board of Directors in 2005. He is a member of the Electric Power Research Institute Advisory Council and a member of the UI Department of Civil and Environmental Engineering Advisory Board. He has delivered several student-oriented seminars at the College of Engineering. Oskvig is involved with the Blue Valley Education Association in suburban Kansas City, the Heartstrings Community Foundation, and serves as a board member of Children International.