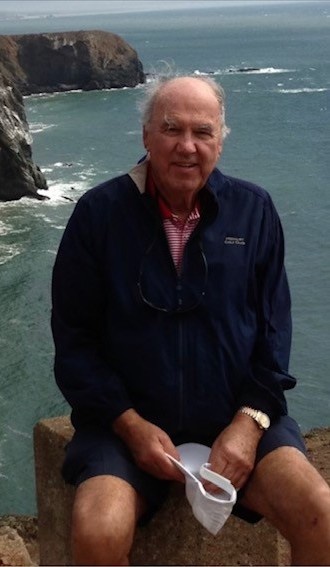 The Department of Chemical and Biochemical Engineering and the College of Engineering at the University of Iowa are pleased to announce the establishment of the endowed Lichtenberger Family Chair through a generous $2 million gift from lifelong Hawkeye, alumnus, and generous patron of the college, William Lichtenberger. Proceeds from the endowment will support the enhancement of teaching, scholarship, and outreach for a distinguished faculty member in the department.

During his career as a research engineer and industrial leader, Lichtenberger (BSCHE ‘59) was once ranked in the top 300 among corporate American's most powerful executives by Forbes. He served as president of both major companies in the United States, Union Carbide and Praxair. Lichtenberger was a pioneer in incorporating quality management principles in his leadership while investing in pure research, crucial components in competing worldwide and into the 21st century. During his decades in industry, he also developed several patents including one outlining a storage process for cryogenic fluids.

“We are truly amazed and grateful for Bill’s support and its positive impact for our students,” said Allan Guymon, the Sharon K. Tinker Process Safety Professor and department executive officer in the Department of Chemical and Biochemical Engineering. “The Lichtenberger Scholarship has been instrumental in the success of many of our best and brightest students, and the gift endowing this new chaired position will ensure that our students continue to have the opportunity to learn from and work with top scholars in the chemical engineering field.”

In 1997, Lichtenberger was recognized with the Alumni Association Distinguished Alumni Award for Achievement from the University of Iowa and was inducted into the college’s Distinguished Engineering Alumni Academy.

“Bill and his family have honored us by again demonstrating their extraordinary commitment to the College of Engineering and its future in providing this endowed chair,” said Harriet B. Nembhard, dean of the college. “Endowed chairs allow us to accelerate our academic excellence and signal our commitment to quality scholarship and teaching. We are extremely grateful for this visionary support.”