By Vanessa Miller
The Gazette

IOWA CITY — As creative director and product designer for Amazon Inc.’s Lab126 in Silicon Valley, Mike Bauerly daily is thankful he got two very different bachelor’s degrees from the University of Iowa — one in industrial engineering and one in studio art.

His wife, Kristi Bauerly, similarly received training in both engineering and art at UI before landing a gig as “human factors engineer” with Apple Inc. in the San Francisco Bay Area. 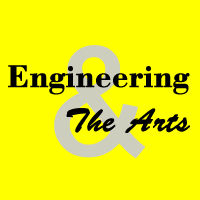 “We are right on this edge of design and engineering, of being able to combine both those things and figure out what makes products appealing and useful and desirable,” Mike Bauerly, 34, said.

He said creative training increasingly is becoming necessary in today’s engineering workforce, and the UI College of Engineering — inspired, in part, by students and alumni like the Bauerlys — is responding.

Beginning in the fall, new undergraduate students will be required to take at least three semester hours of creative arts credit to earn an engineering degree. That could be one three-hour course or two to three smaller courses, according to UI College of Engineering Dean Alec Scranton.

The college faculty approved the new general education requirement May 14, and incoming students will be able to pick from a broad range of creative arts courses in the College of Liberal Arts and Sciences, including anything from studio arts to creative writing to dance or music or theater.

Eventually, the College of Engineering Curriculum Committee will work with the College of Liberal Arts and Sciences to develop a set of creative courses specific to engineering students’ needs.

“We see this requirement as really enhancing the education our engineers get and preparing them for the 21st century by helping them understand the broader societal context in which engineering is based,” Scranton said. “We are trying to graduate a broad engineer.”

The college also has rounded out its engineering curriculum by working other non-technical skills — like communication, leadership, teamwork, and entrepreneurship — into some core courses and electives.

In 2000, for example, it opened the Hanson Center for Technical Communication, which offers engineering students a resource for developing communication skills as part of their education.

“We pride ourselves on producing well-rounded students ready to take on leadership roles and understand the societal impacts of their decisions,” Scranton said.

The new arts requirement will not be grandfathered in for students already pursuing programs within the College of Engineering. But, Scranton said, many of those students already have sprinkled creative training throughout their curriculum.

“The art requirement was partially inspired by the fact that we have so many students already majoring and minoring in art,” Scranton said. “We seem to attract students who find that inspiring.”

Those students have testified that creative arts training is helpful, but they also gain a lot from working with others who think differently.

“To take classes alongside artists and to explore what it means to be creative in the arts, that expands the way they are thinking and the kinds of solutions they can come up with as engineers,” Scranton said.

According to the engineering proposal for the arts requirement, the mandate will provide skills around creative problem solving, “outside the box thinking,” and developing diverse ways to view and interact with the world.

“We propose that these courses should be ‘maker’ courses that focus on activity rather than surveys of knowledge,” according to the proposal.

The UI College of Engineering’s total undergraduate enrollment in fall 2014 was 2,120. Of that total, 514 were new first-year students, according to UI enrollment statistics.

Total undergraduate enrollment into the college has been on the rise, increasing from 1,996 in fall 2013 and from 1,411 in the 2009-2010 academic year. The mounting interest coincides with an increase in engineering jobs and rising salaries for those positions.

A new report from the National Association of Colleges and Employers released earlier this month found all ten of the top earning majors for the class of 2015 are engineering-related.

Alex Zeppieri, a new UI alumnus who majored in civil engineering and minored in 3D design art, before graduation landed a full-time job as a civil engineer for Milhouse Engineering & Construction in Chicago. He said the artistic aspect of his UI education — including two recent semesters designing and constructing environmentally-sustainable furniture — was invaluable.

“Engineering is very to the books, where 3D design and the art minor gave me the opportunity to be more hands on and to think outside equations and general text book knowledge,” Zeppieri, 23, said.

He starts at Milhouse on June 22 and credited his art training, in part, for the opportunity.

“They like people and engineers who are creative and different from the standard engineer,” he said. “It has opened up another path for me.”

From an employer’s perspective, Bauerly — who does some hiring for Amazon — said creative and artistic skills are imperative for his top prospects.