Research on various aspects of bioprinting is being conducted at numerous facilities throughout the world. Every part of the globe has begun to provide progressive steps for developing specific aspects of the bioprinting process. One of the newer research facilities is located at the University of Iowa (UI), which is working on tissue engineering. The University’s Mechanical and 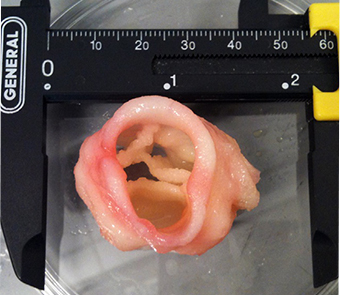 Among other advancements, UI has recently discovered a manner in which organ transplantation and drug testing is completed. According to Dr. Ibrahim Tarik Ozbolat, Assistant Professor of Mechanical and Industrial Engineering, initially they were only able to print cells, “but now we can print tissues and also print the tissues on animals directly.” The major improvement is the result of using 3D printing. Dr. Ozbolat states that bioprinting is the “process of generating spatially controlled cell patterns using 3D printing technologies.” Generally, it involves “a layer-by-layer approach to generate tissue-like 3D structures for use in the medical field of tissue engineering.”

Thus, bioprinting can make it possible to print everything from simple tissues to entire organs. This results in printed material, known as “biomaterial,” which is stronger than average bodily materials such as soft tissue and even bone. UI has focused its attention on printing blood vessels, pancreatic tissue, bone tissue, and cartilage tissue. By focusing its attention on it, points out Dr. Ozbolat, “We believe we can make functional tissues and organs for transplantation or drug testing using bioprinting.” Their current work centers around developing a “bioprinting bone tissue for cranial defects on rat models.”

Significant work has also been done in finding a system for bioprinting perfusable vasculature tissue, which circulates fluids through organs and tissues. While the concept of tissue engineering has been available for a number of years, there has been a significant roadblock in that there was no way of delivering needed nutrients to living cells in order for them survive. 3D bioprinting

methods have, for the most part, not been effective in resolving this issue. The approach developed by UI allows fluids to be transported to living cells. According to officials at UI, the new method for bioprinted perfusable vasculature tissues will allow fluids in organs and tissues to circulate through blood vessels.

Dr. Ozbolat notes that the concepts used in tissue engineering — the combination of cells with biomaterials to create living, functioning tissue — has been accepted for over 20 years. However, research into this method has found that the need for nutrients must be “delivered to living cells in order for them to survive.” In order to solve this issue, they integrate the needed vascular network printing. They are now “working on bioprinting of functional vascularized tissues and organs.” They indicate that this work is the first step towards their final goal. The final goal as visualized by UI is using bioprinting as a conduit that will ultimately “provide a vascular network that can be integrated into the tissue and organ printing.” 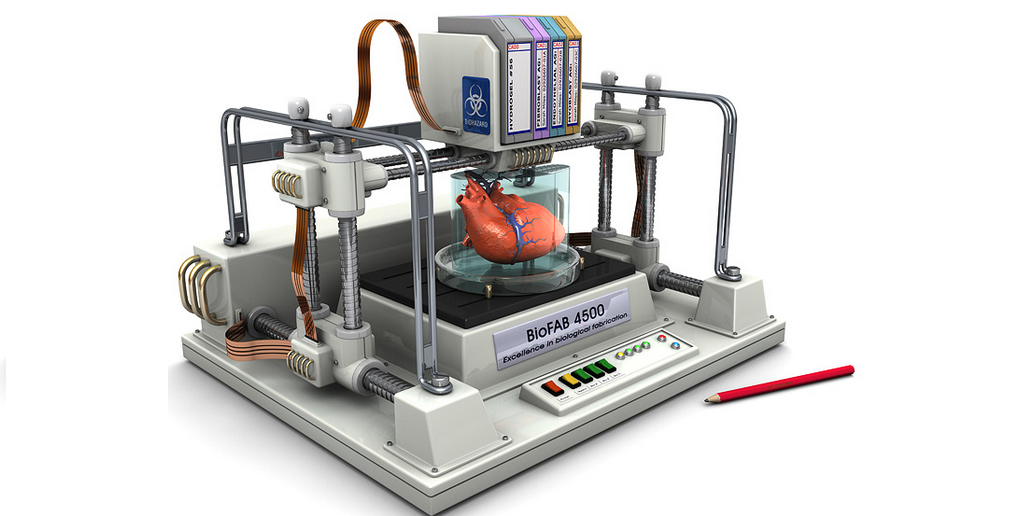 The work that UI is doing is important since “the process will provide blood and nutrient supply.” Additionally, the system will also include a technique that will remove waste from the system.

“These are key factors,” says Dr. Ozbolat, “to grant functional tissue and organ survival.” This key building block was needed in order to advance bioprinting to the next step in its evolution.

While there still are numerous barriers to overcome with regards to bioprinting organs for transplantation in humans, meaningful progress is being made. And it is not just being made at “big box” research facilities; much of the evolutionary changes are being discovered at smaller research facilities and smaller universities. Most likely it’s these smaller locations that will ultimately hold the key to bioprinting’s future as well as the speed to market of these advancements.