Wind energy cost reduction and electric grid reliability will be the topic of the 2014 Kurtz Lecture, sponsored by the UI Department of Electrical and Computer Engineering.

Lucy Pao, professor of electrical, computer, and energy engineering at the University of Colorado Boulder, will deliver the lecture from 5:00-5:50 p.m. October 30 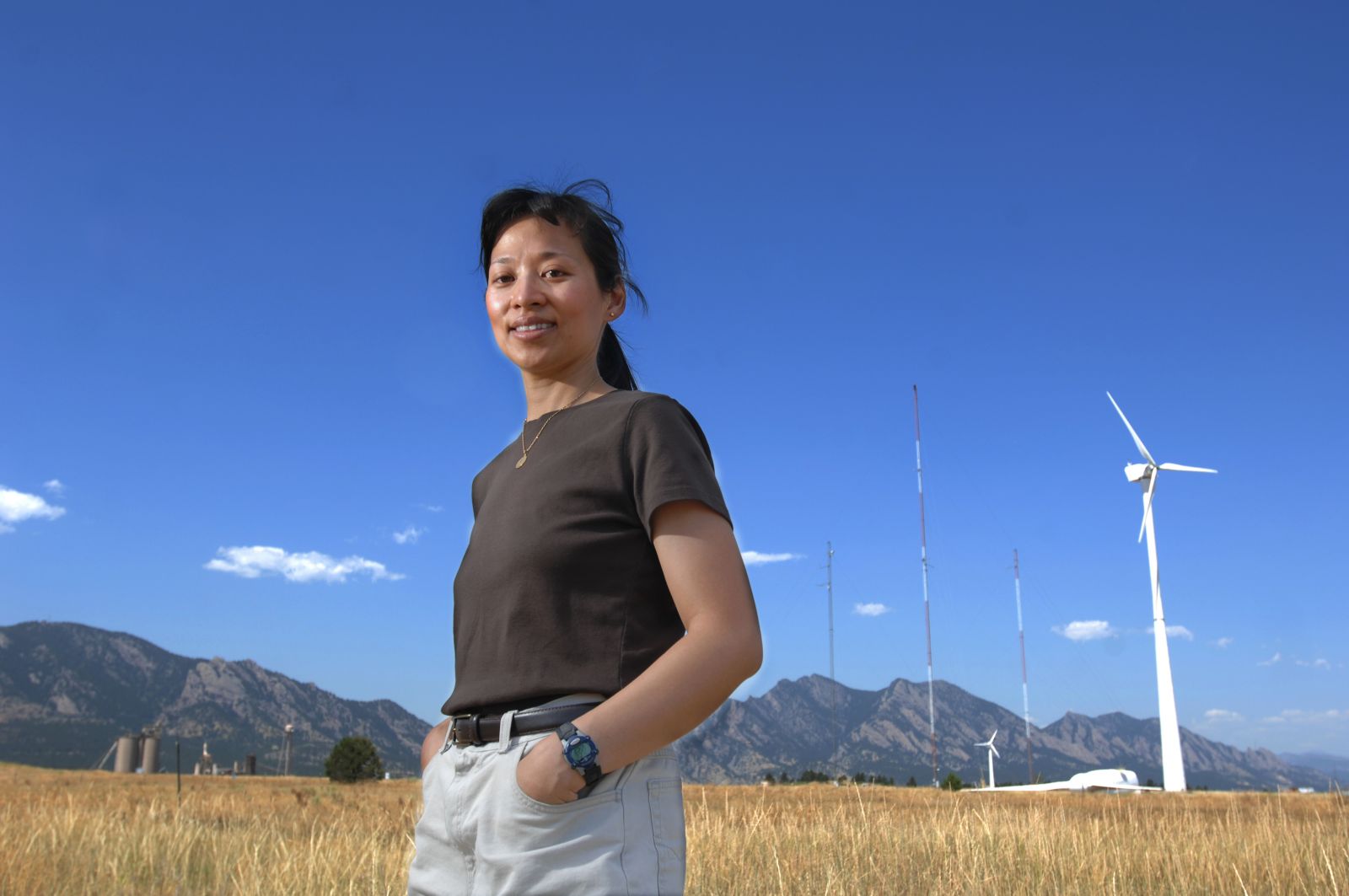 Wind energy is recognized worldwide as cost–effective and environmentally friendly and is among the world's fastest–growing sources of electrical energy. Despite the amazing growth in global wind power installations in recent years, science and engineering challenges still exist.  Megawatt wind turbines are large, flexible structures that operate in uncertain, time–varying wind and weather conditions and lend themselves nicely to advanced control solutions. Advanced controllers can help achieve the overall goal of decreasing the cost of wind energy by increasing the efficiency, and thus the energy capture, or by reducing structural loading and increasing the lifetimes of the components and turbine structures.

Pao will provide an overview of wind energy systems by introducing the main structural components and operating regions of wind turbines, and will discuss her recent work in developing combined feedforward and feedback controllers for wind turbines using novel wind inflow sensing technologies. She also will address concerns that the variability of wind is a major obstacle to integrating wind energy on the utility grid, and will discuss how systems and control techniques can be used to actively control the power generated by wind turbines and wind farms to help regulate the utility grid frequency.  Pao will highlight a number of continuing challenges and topics of growing interest, including coordinated control of arrays of turbines on wind farms, modeling and control of floating offshore wind turbines, and direct ice sensing and active de–icing control of wind turbine blades in cold climates.

Pao earned B.S., M.S., and Ph.D. degrees in electrical engineering from Stanford University. Her research has primarily been in the control systems area, with diverse applications ranging from atomic force microscopy to disk drives to digital tape drives to megawatt wind turbines.  She is a Fellow of the Institute for Electrical and Electronic Engineers (IEEE) and a Fellow of the Renewable and Sustainable Energy Institute.

Funded by an endowment from the Iowa power industry, the annual Kurtz Lecture is named for the late Edwin B. Kurtz, professor and head of the UI Electrical Engineering Department from 1929 to 1960. Kurtz was the architect of the world's first educational television station, directing experimental station W9XK in Iowa City during the 1930s.