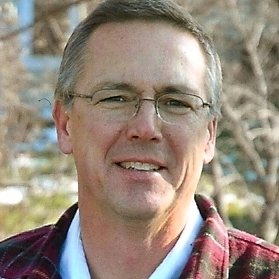 In my estimation, discussion of this problem focuses too often on details and not enough on system fundamentals. To maximize corn and soybean production, Iowa’s landscape needs to be well-drained and saturated with nitrogen. These two fundamentals are baked into the cake, and without them, you don’t get cake. Add to that our climate, which is extreme and unpredictable by virtue of our mid-continent location, and managing a water soluble pollutant like nitrate becomes a monstrous challenge.

We hear much about how Iowa soils inherently contain lots of nitrogen. What we don’t hear is that our deliberate actions have greatly increased the water soluble portion of this nitrogen. When we combine that with enhanced drainage of our soils, we hasten the loss of nitrate to our streams. Indeed, we have known for a very long time that most stream nitrate gets there via tile drainage. A search of “Tile Drainage Nitrate” in the Google Scholar search engine, which assesses scholarly literature by subject, produces 21,000 hits, of which about 2,000 originate prior to 1970.

Research focused on fertilizer management for corn is extensive and ongoing, and nobody can argue the point that farmers have greatly refined their methods over the past 40 years. This has kept stream nitrate levels rather stable since the 1980s, with trends slightly upward or downward depending on the stream. But better fertilization management has not, and will not, overcome system fundamentals to deliver the water quality we want.

Some of my and my collaborators’ recent research has looked at water monitoring data from thousands of samples and fertilization data from hundreds of fields, and how these data relate to the role of soybean in stream nitrate. In Central Iowa’s Raccoon River, nitrate seems to have declined from 1999 to 2014 as soybean acres were displaced by corn in response to the Renewable Fuel Standard. It is interesting to note that nitrate levels in this river increased until 1985 as soybean displaced oats and alfalfa.

Although we don’t claim our work to be the final word on the subject, we do think these findings can provide some insights. The first is the value of credible water monitoring and farm management data. Much of the research in this area relies on mathematical models that predict future conditions based on theory and logic. Water monitoring data, on the other hand, looks to the hard evidence of the past to tell us what really happened. This evidence tells us we could be well-served by managing the cropping system holistically, rather than focusing just on fertilization and management of corn.

Secondly, the mechanisms connecting soybean and stream nitrate are probably less important than the loss of biological diversity that occurred as farmers transitioned to a two-row-crop rotation. It is an ecological truism that imposing order onto a system will reduce its resiliency. Oats, alfalfa, and clovers provided disorder to a cropping system that was once more resilient to weather-driven nitrate loss. Those in agriculture are often looking to the future with advanced methods of crop production. To solve our water quality problems, we might also be well-served to reflect upon the history of Iowa farming.

It seems to me that society is asking the citizens of Iowa and other agricultural states to more forcefully confront the environmental consequences of nitrogen pollution, which are far-reaching beyond the local concerns about drinking water in cities like Cedar Rapids and Des Moines. What is our best path forward? Continued refinement of the corn-soybean system, an approach that is politically and economically palatable right now, will inch us closer to improved water quality. But we need to understand that this approach will surely take a very long time to get water quality where we would like it to be. Strategies with the potential to transform water quality within a few years, such as a return to some of the crops of yesteryear, are scarier and require major adjustments within the supply chain. These are the hard choices that we face in the years to come.