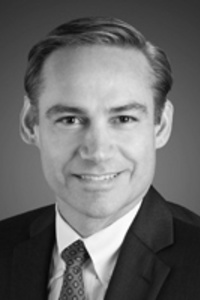 Kelly Ortberg is chief executive officer, president, and chairman of the board of Rockwell Collins, Inc.. He was appointed president in September 2012, elected CEO in July 2013, and elected chairman in November 2015.

Mr. Ortberg joined the company in 1987 as a program manager and held various leadership positions of increasing responsibility over the course of his career. Among other achievements, he played a pivotal role in milestone contracts for Rockwell Collins in both Commercial and Government Systems, launched innovative product lines that continue to transform commercial and military operations, and helped set the strategy for the future direction of the company.

Before becoming president, he served as executive vice president and chief operating officer of Government Systems from February 2010 to September 2012. Government Systems provides airborne and surface solutions to the U.S. Department of Defense, ministries of defense throughout the world and manufacturers of military platforms. In that role, he led major contract wins, including avionics business on the KC-4A, KC-10 and the Embraer KC-390.

Previously, Mr. Ortberg served as executive vice president and chief operating officer of Commercial Systems for Rockwell Collins, which produces aviation electronics and communications for the air transport, business aviation and regional airline market segments. He was appointed to this position in October 2006 and oversaw pursuit and development programs for the Airbus A350 XWB, Boeing 787 and Bombardier CSeries. He also oversaw the launch of Rockwell Collins’ highly successful Pro Line Fusion® integrated avionics system, which has been selected for more than 15 platforms ranging from turbo props and light jets to air transport and tanker aircraft for manufacturers across the globe.

A native of Dubuque, IA, Mr. Ortberg serves on the board of directors for the Rockwell Collins Good Government Committee, The University of Iowa Engineering Advisory Board, the Hawkeye Area Council of the Boy Scouts of America, and FIRST® (For Inspiration and Recognition of Science and Technology).  He also serves on the Board of Governors of the Aerospace Industries Association (AIA), is a member of the Iowa Business Council, and the Governor’s STEM (Science, Technology, Engineering and Math) Advisory Council.

For a Rockwell Collins profile on Ortberg, go to https://www.rockwellcollins.com/Our_Company/Horizons/Executive_Profiles/....